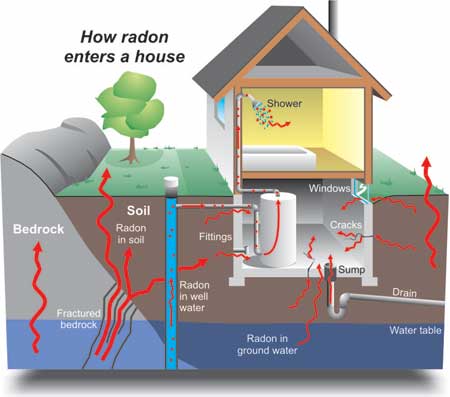 We are licensed in the state of Minnesota.
License# RMEA-00148

Many people have heard of the term "RADON" however many more have no idea what radon is and what it does to the human body, or how it enters the home.

Radon is a tasteless, colorless and oderless gas that is produced by decaying uranium and occurs naturally in soil, water, and rock. Radon and its decay products are known as human carcinogens; this means that its particles damage living tissues, such as lung tissue.

Lung cancer is the scientific strongest documented health effect of radon and its decay products.

During 2007, and estimated 213,380 new cases of lung cancer were diagnosed, representing 15 percent of all cancer diagnoses.

Exposure to radon is the second leading cause of lung cancer. In 2007 an estimated 22,000 lung cancer deaths were due to excessive levels of radon, as little as 4 pCi/L. 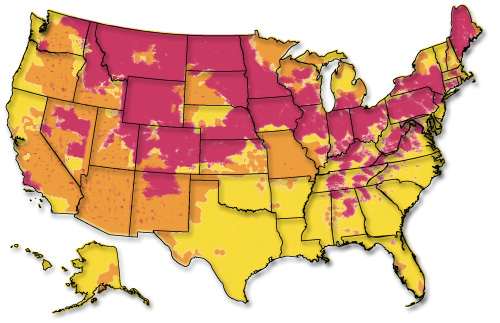 (This map shows, in red, that the majority of Minnesota has high levels of radon.)